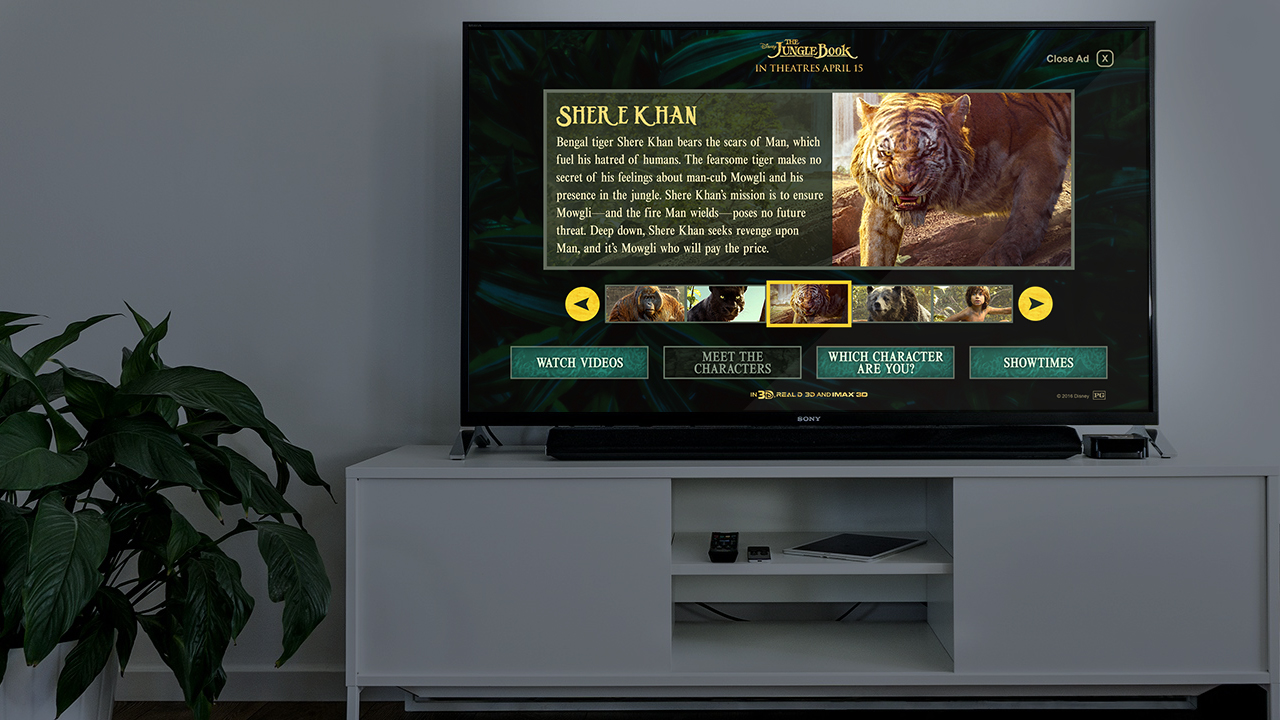 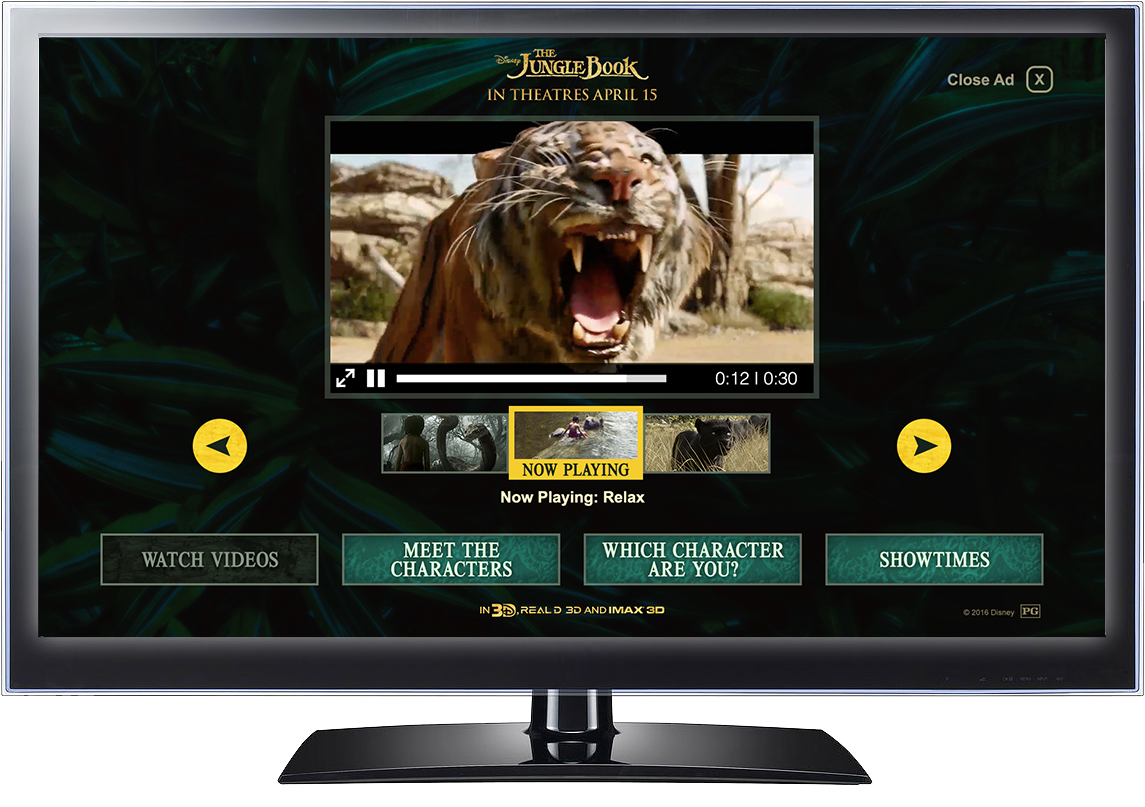 Viewers learned more about each of the film’s main characters via biographies and hi-res images. 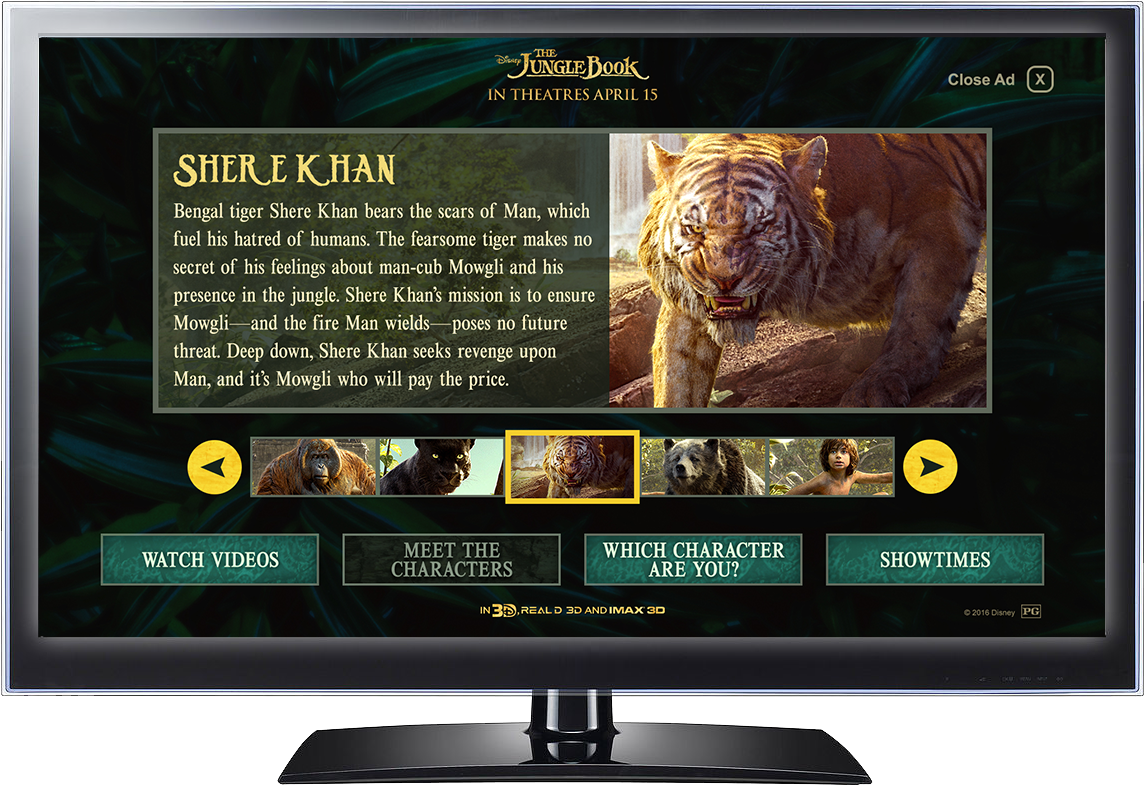 By answering 3 fun and simple questions, viewers discovered which character from the film they were most like. 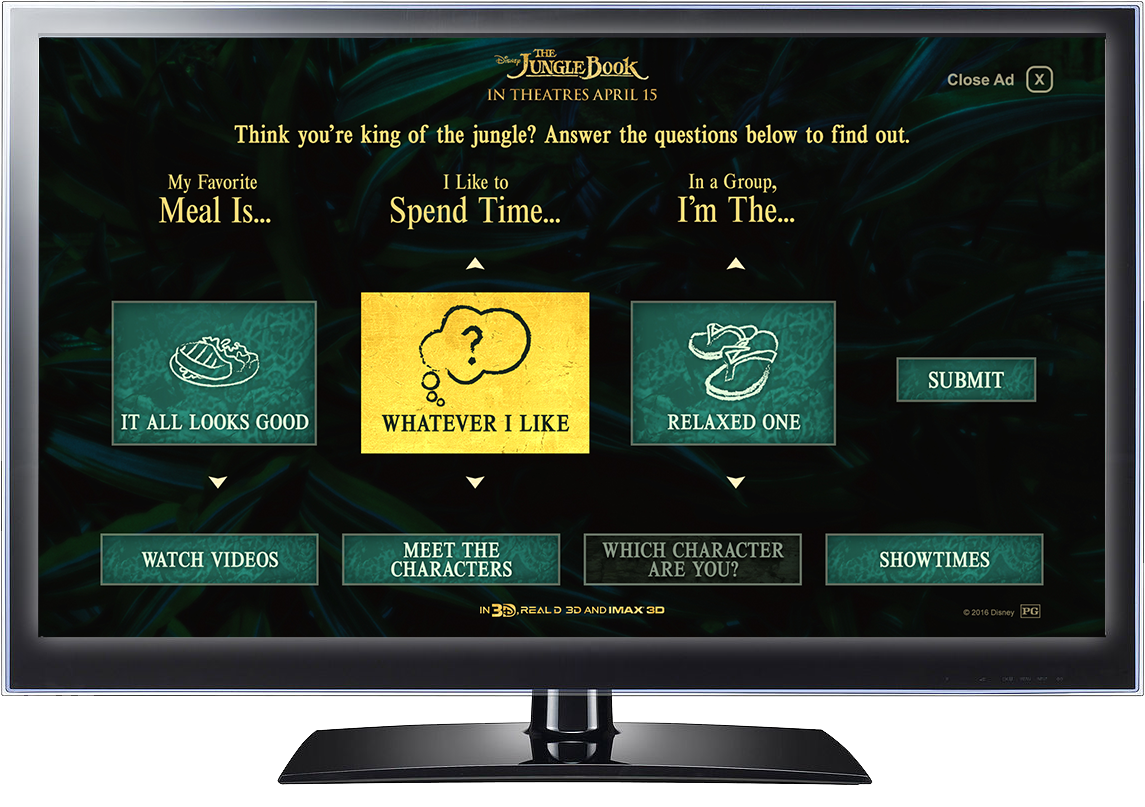 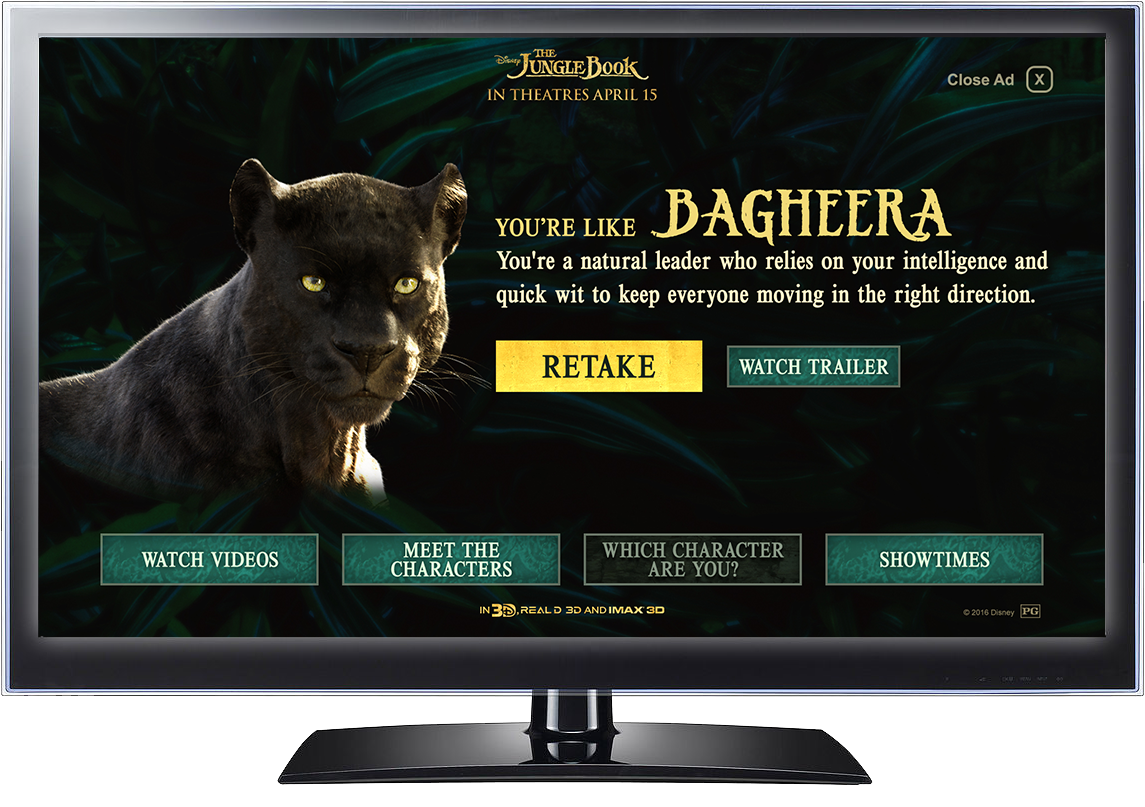 Once the film was released, viewers browsed local theater and show times dynamically served into the experience, making the ad much more relevant.