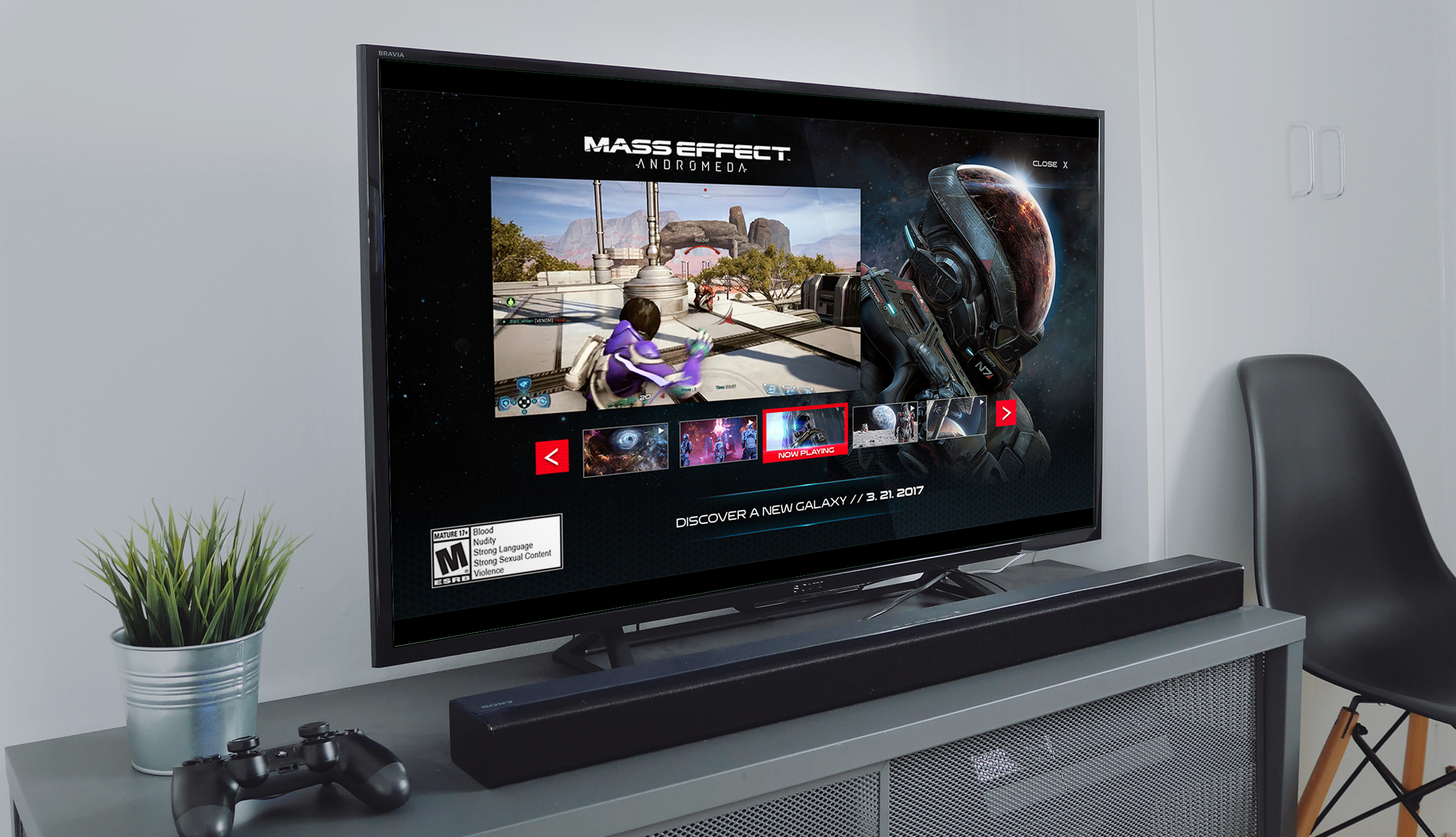 We placed the commercial spot in a squeeze-back frame to give adequate attention to the CTA and maximize viewer action. Using their remote or game controller, viewers “clicked” to enter the full-screen video gallery. 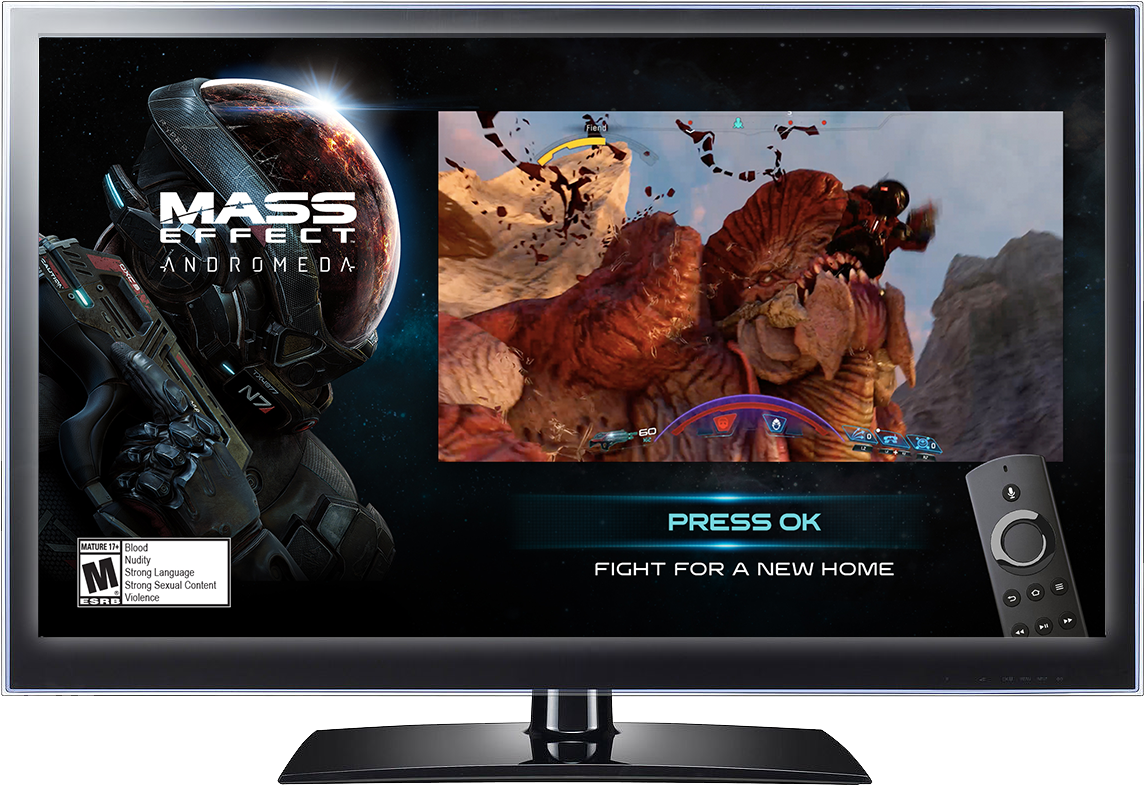 Once in the full-screen video gallery, viewers could sit back and watch videos in the playlist or click to watch a specific video.